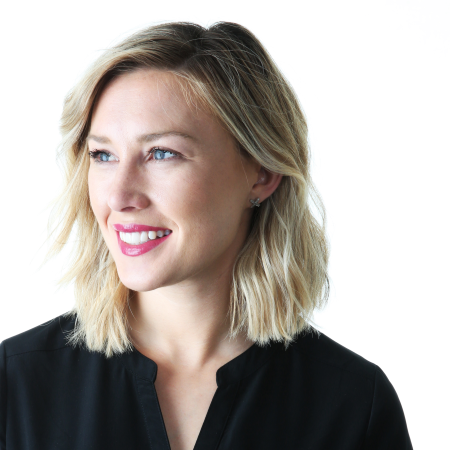 In 2017 Adweek named Kate one of the 10 Young Talents Defining the Next Generation of Marketing, in 2020 was named as Advertising Week’s 10 Future is Female award winners and most recently was presented YWCA’s Eliminating Racism and Empowering Women Achievement Award for her work to re-think the Coca-Cola Women in Leadership Education Program to create Going FurtHER. An initiative aimed at providing tangible tools to fill the talent pipeline.

In the last eight years at Coca-Cola, Kate has held both Global and North America focused positions which afforded her the opportunity to create campaigns in emerging, developing and mature markets for challenger and leader brands. At Coke, Kate fostered storytelling for some of the US market’s largest efforts including summer season, Olympics, FIFA World Cup, NCAA Final Four, NASCAR. Most recently, Kate will begin to lead content efforts for Coca-Cola in the gaming space.

Most recently, Kate has co-founded Change The Stage – an initiative dedicated to helping the billion dollar events industry rebuild toward achieving positive progress with an emphasis on inclusivity and sustainability because who you put on stages, the vendors you partner with, and how you design your events is not only good for the world - it’s also good for business.