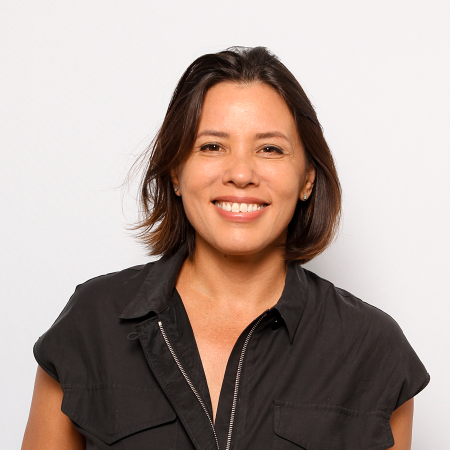 As CCO and Co-Founder of MAS Event + Design, Mia excels at crafting strong brand messages married with cutting-edge technology and innovative creative. Her vision and relentless work on programs such as the Google Home Mini Launch Tour have won the agency many prestigious awards, including Event Marketer’s Best Pop Up Retail Experience of 2018. Head of YouTube Events and Experiences and Google Ads, Nikki Garvey, describes Mia as “a true visionary in experiential marketing” who has “developed some of the most inspiring work with Google over the past years from YouTube Brandcast to the Google Home Mini Donut Shop.” In conjunction with her role as Creative Director at MAS, Mia spent five years running Obscura Digital’s New York office. With Obscura, she oversaw the 125th Anniversary of Coca-Cola, YouTube Symphony Orchestra, and KACARE in Saudi Arabia. Prior to co-founding MAS in 2007, she was Creative Director for EventQuest, producing Mercedes-Benz tours, Sony Music Grammy events, and even the Governor’s Ball at the Oscars. Additionally, before establishing herself in the events world, Mia spent 6 years in the film industry – she served as programming director for IFP/West and the Independent Spirit Awards and also produced two independent films. Her creative vision and expert cinematography led to several accolades, including being heralded as “a top independent filmmaker to watch” by The Hollywood Reporter. Mia holds a B.A in history from the University of California, Los Angeles.

Mia is an exceptional mentor and creative champion, to her team at MAS and beyond. This past spring she judged the BizBash Style Awards, Adweek’s Outdoor Impact Awards and counseled participants in Event Marketer’s collaborative brainchild with Uber and MAS, the Brand X Challenge competition. This extensive competition invites aspiring design and architecture undergrads across 100 colleges and universities to participate in a hypothetical brand experience campaign for Uber Health. Mia guided participants through the ideation strategy and design of their campaigns, judged the finalists, and awarded the winners a trophy, cash prize, and summer internship at MAS. Drawing from twenty plus years in events and creative, Mia brings unparalleled knowledge, experience, and perspective to her involvement in a wide variety of speaking engagements and awards competitions.