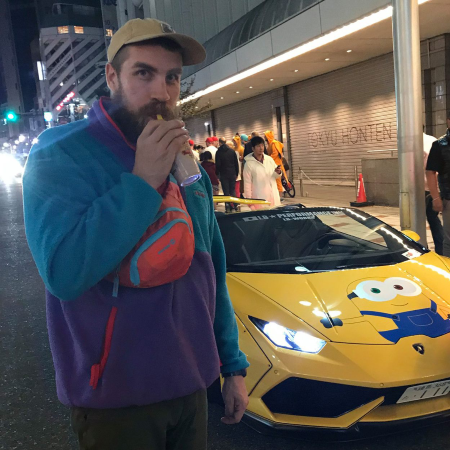 David Chathas is a Design Director at Wieden+Kennedy Portland where his work has influenced brands like Coca-Cola, Chiquita, Converse, Facebook, HP, KFC, Nike, Samsung and Uber.

He also currently teaches Typography 1 and 2 at Pacfic Northwest College of Art (PNCA). Over the course of his career, David has created the LeBron 17 font with FISK studios for Nike Basketball Global Brand Design, the typeface for the masthead of JOON magazine, a custom type family for KFC, a custom typeface for Chiquita, and his typeface Power HOUR was used as the identity for MASK OFF, a Selam X & OBJ Studio exhibition in Berlin. He has many other work-in-progress typefaces that no one will probably ever see.

Prior to W+K, David worked in global brand design for Nike and as a designer for JET magazine. He secretly lived in the Graphic Design Storage closet at CalArts during grad school, during which he also made some posters that have been included in the LACMA permanent collection and published in some books. He has a MFA in Graphic Design from California Institute of the Arts and a BFA in Graphic Design and BFA Photography from the University of Illinois at Chicago.